Find the adventure of the Sun Trip 2018 seen by Zeppelin agency.
Report published by GEO Aventure.

During the prologue of the Sun Trip 2018, I met Barnabé Chaillot at Le Bourget-du-Lac Campground: He also accompanied the solar bike caravan to Chambéry. His solar bike was very unusual but I did not know his approach at that time, I discovered it according to my surf on Internet.

Barnabé wants to share his ecological ideas to protect our planet, ideas that he has put into practice for years. He chose to propagate them on the internet, among other things in the form of a YouTube channel. This video shows, step by step, how to build a very cheap solar bike, or rather a solar trailer to associate with a bike.
Whether you are planning or not building your solar bike, I invite you to look at Barnabé, to admire his ingenuity and his pedagogy, to delight you with this smile that never leaves him.

The number of subscribers in his YouTube channel attests to the interest of Internet users in his alternative practices.

In July 2014, David Brandenberger (Switzerland) toured the world on a solar bike to prevent harm to the environment. He chose a trike (recumbent tricycle) for comfort with a large trailer capable of capturing a large amount of solar energy. It also allows him to carry a lot of personal business, including his guitar and photographic equipment.
In 2016, he reached Turkey after travelling to many European countries. It is now in Australia after a 31 000 km journey!
Bravo to this tireless adventurer! 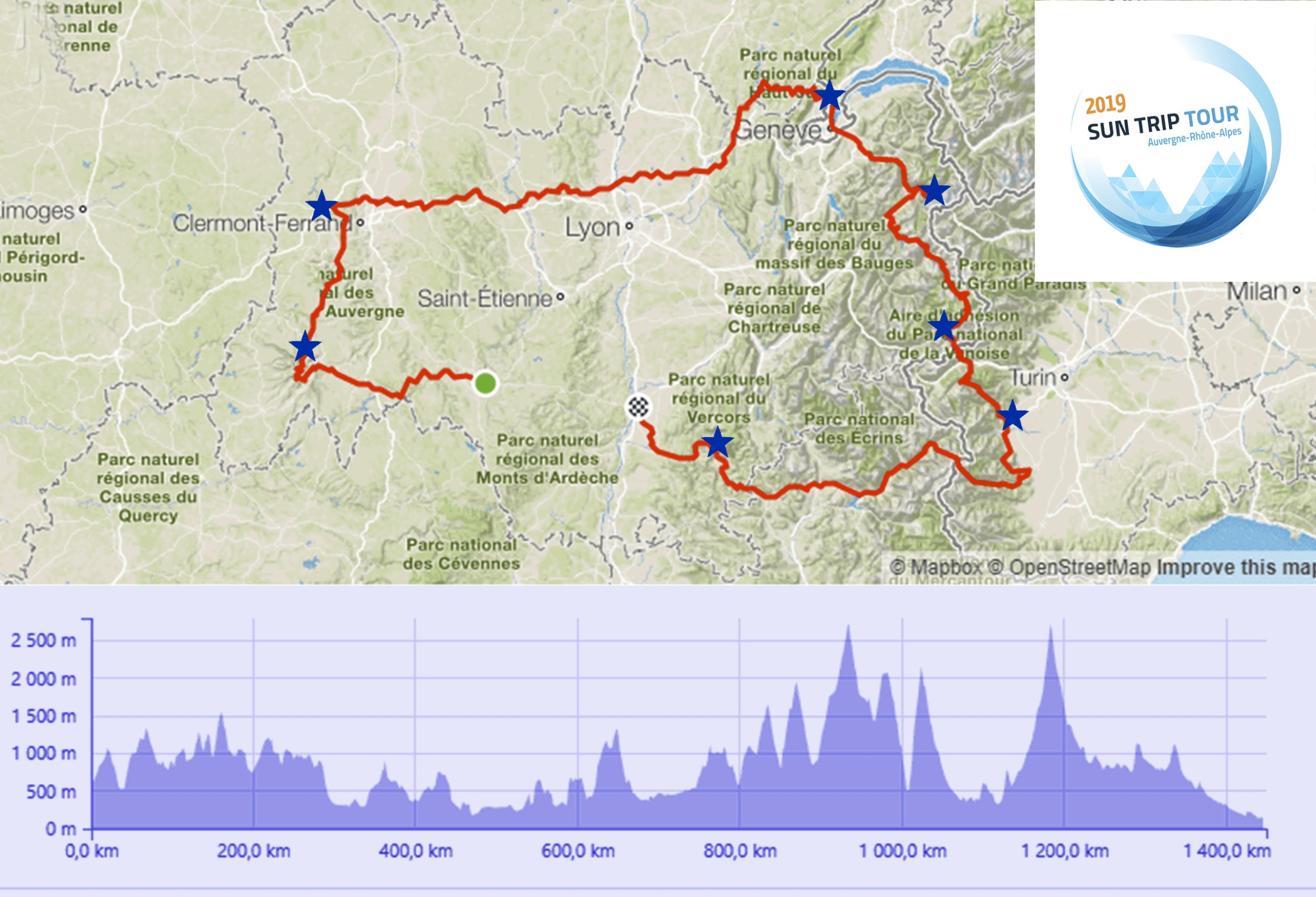 The success of the Sun Trip 2018 Lyon-Canton was yesterday hailed by the Chinese Ambassador in Paris, its excellence Zhai Jun. French adventurers Mickaël Joguet and Eric Morel, respectively 2nd and 3rd in the solar challenge, were rewarded on behalf of all the participants.

This ceremony was organized at the opening of the 2nd forum of new silk roads, in the presence of Alain Galliano (Vice-President of Greater Lyon), Xing Qu (Deputy Director General of UNESCO), Pascal Boniface (President IRIS), Christian Cambon (Chairman of the Senate Foreign Affairs Committee) and Xinchen Deng (European representative of our Chinese partner WAE Logistics).

The portraits of 8 new Suntripers are published! Four of them had participated in the Sun Trip 2017, we had rode together: Jean-Louis The Super Fighter, Ryan who had repaired his trailer with old recycled skis, Francis and his trike "Tribellule", Alain who had unfortunately to give up because technical problems.
Welcome to the 4 new suntripers : Rain, Fabrice, Michel and Dario!
About forty participants are known, there are still a dozen more that we will soon discover.
For we will be 50 to take the start, on July 6 next in Le Puy-en-Velay, a record!