There are the fastest solar cyclists, some are already in China, others will get there soon. But the others, where are they?  The majority of them are spread along the northern route traced by Raf Van Hulle. 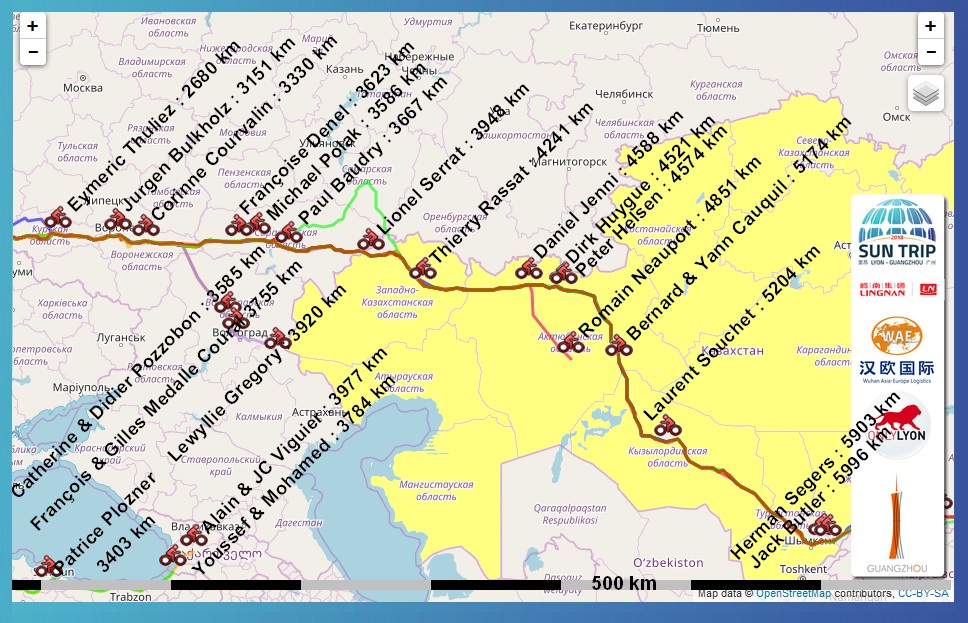 The first ones cross the steppes of Kazakhstan:

The following are in Russia:

Some have bifurcated to the south:

They are approaching those who had chosen the southern route from the beginning: