Jean-Claude Viguier delivers his vision of the adventure of the Sun Trip, a human adventure above all, as can be read in these lines: 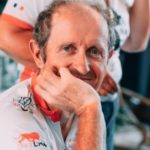 « Few adventurers have approached the sun trip as a competition. Through this comment I do not want to obscure the extraordinary performances of the SunTripers that have permanently marked their footprint solar mobility. The meeting with others, the sharing of values, the exchange are more important in my opinion than any timekeeping performance. The objective of this project was to demonstrate that solar energy was able to achieve very beautiful things without any environmental consequences. Nevertheless, we do not travel 12000 km without a thorough and long physical and psychological preparation. The trainings carried out in all the times allowed us to forge a steel mind. The stresses imposed on the winter outings have strengthened us physically and psychologically. There was still uncertainty and not least: how the organism would support several hundred km per week, for three months, without other days of rest than those imposed by weather, shipping or technological vagaries. Physiologically our organism sends us signals that are as many messages as we have to interpret. For my part for two years the internal faces of my knees are painful. Many specialists have "prescribed" me the end of my sports competitions. That there is no challenge without sacrifices. Sixty physiotherapy sessions were needed to alleviate my pain and allow me to support 150 km training on a 1000 to 1200 km/month. Even though my pain persists the temptation to go at the end of this adventure has never been altered. 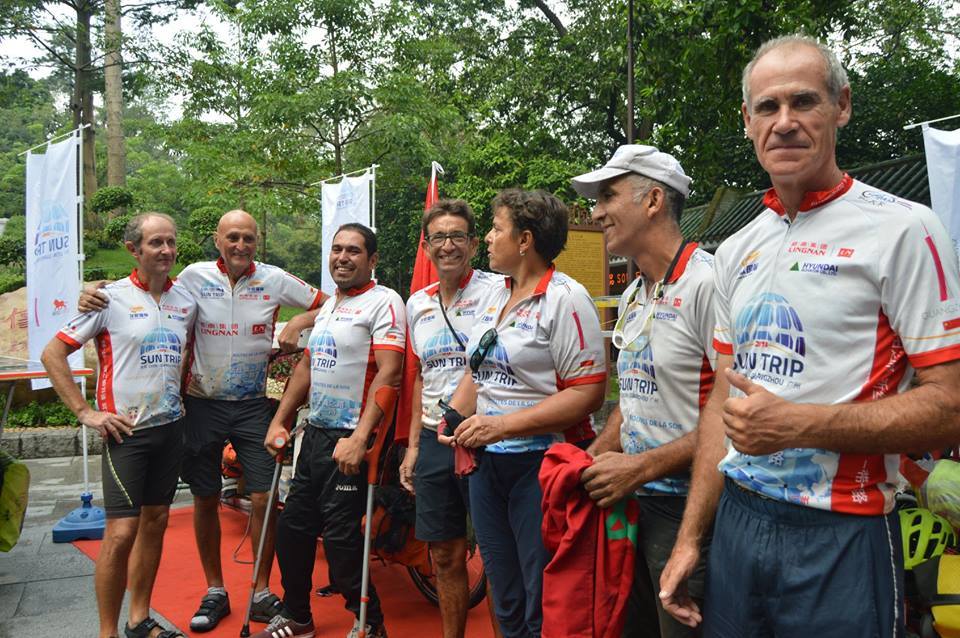 From the moment I met Mohamed, Youssef, Paul, Françoise and I spent I drew in their mental strength what I still needed to meet this challenge. Most of them, except Youssef, have a physical deficit, caused by illness or accident, or have undergone significant operations. They deliberately excluded from their vocabulary the word failure. They replaced it with the words Joy of Life, will, success, generosity… These are probably the most beautiful meetings made during this summer among the competitors. I do not mean of course the group of Tarnis Cathy, Francois, Didier, Gilles who have become true friends and whose values of humanity are equal only the courage they have shown to overcome all the difficulties of this journey. Some of the anonymous people who met during the adventure will surprise me with their generosity. Knowing nothing about us or us on them, we shared short moments of happiness during which we received beautiful lessons of life. Self-transcendence is a subjective notion. In the most hostile part of the world, Mike Horn travelled thousands of kilometers in appalling conditions to the North Pole, often putting his life at risk. I've never heard him say "I'm putting an end to this adventure". »

« Mohamed Said and Youssef are in my opinion, the same caliber as Mike Horn, and are undoubtedly the two greatest adventurers of the Sun trip 2018. They never consider ending this project even if the weather is sparked on them. Youssef studied in France and, back in Tangier, he climbs his manufacturing workshop, designs and manufactures several trikes. Mohamed who no longer has the use of his legs contact him so that he makes him a gear adapted to his handicap. Mohamed embodies the joy of living, he accepts his handicap very well even if he had the use of his legs at birth. It was no longer necessary to Youssef, convinced by this strong personality, to imagine the project of tandem Trike. There was only one step to be taken to get these two up to the challenge of the Sun trip. Their minds are out of standard and their duo is endowed with an extraordinary complementarity that allowed them to go at the end of the adventure. Youssef has a mechanical engineering background. With a limited amount of resources, he creates his own workshop, with computer tools and design software. Very quickly he imagines, models, and analyzes the behavior of his solutions in materials resistance. It turns out that they are terribly effective. Its trike has impressive stability. The structure of its chassis is designed to collect the efforts to deform and guarantee a very appreciable flexibility by the cyclists. A major step towards industrialization could be envisaged, which would be a well-deserved outcome. Even if the market is restricted the prototypes imagined by Youssef deserve to be marketed. If only to meet the needs of people with reduced mobility. It is in my opinion the two heroes of the Sun trip 2018. If the price of self-transcendence and generosity existed, they would be the indisputable winners. »